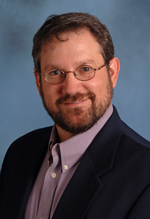 Blurb
Joshua A. Gordon, MD, PhD, associate professor of psychiatry at Columbia University Medical Center (CUMC) and research psychiatrist at New York State Psychiatric Institute (NYSPI), has been appointed Director of the National Institute of Mental Health. He will begin his new position in September 2016.
Dr. Gordon came to CUMC/NYSPI as a trainee in 1997, completing his residency and a research fellowship before joining the department of psychiatry as a faculty member in 2004. Dr. Gordon is also an associate director of the CUMC/NYSPI’s Adult Psychiatry Residency Program, where he directs the neuroscience curriculum and administers research programs for residents, including the Leon Levy Foundation Psychiatric Neuroscience Fellowship Program.
In an announcement issued by the NIH today, Francis S. Collins, MD, PhD, director of the NIH, praised Dr. Gordon for being “a visionary psychiatrist and neuroscientist with deep experience in mental health research and practice.” As NIMH director, Dr. Gordon will oversee the activities of a federal agency whose mission is to transform the understanding and treatment of mental illnesses through basic and clinical research.  Currently, the NIMH has an annual budget of $1.5 billion and supports more than 2,000 research grants and contracts at universities and other institutions across the country and overseas.
Dr. Gordon’s research has focused on understanding how genetic mutations influence neural activity in mouse models of schizophrenia, anxiety disorders, and depression. His lab employs a variety of neuroscience techniques, including optogenetics, in which light is used to control neural activity. Dr. Gordon has been a member of the Hope for Depression Research Foundation’s Depression Task Force since 2012, an international group working to define the neurobiology underlying depression and identify novel treatment targets.
“Director Collins and the NIH search committee have made an outstanding selection in Josh Gordon as the next director of NIMH. Josh embodies the perfect profile of the 21st century academic psychiatrist as a scientist, clinician, and teacher,” said Jeffrey A. Lieberman, MD, chair of the Department of Psychiatry at NewYork-Presbyterian/Columbia and director of NYSPI. “We couldn’t be more proud of Josh’s appointment and we look forward to his leadership in this important role.”